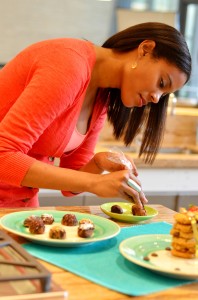 Each Monday, Tiffany will send an e-mail message that provides positive energy and tangible tips for eating more mindfully. The purpose of the weekly message is to reinforce the ideas from the talks and classes and to further support those trying to adopt and sustain a veg-centric lifestyle. To receive our Mindfulness Mondays posts, [wlm_stripe_btn sku=1389964435] today for $5.00/month. You can also [wlm_stripe_btn sku=1387166423] by paying your annual fee all at once. If you take this option, you’ll get two months free (that’s less than $1.00 per week!)