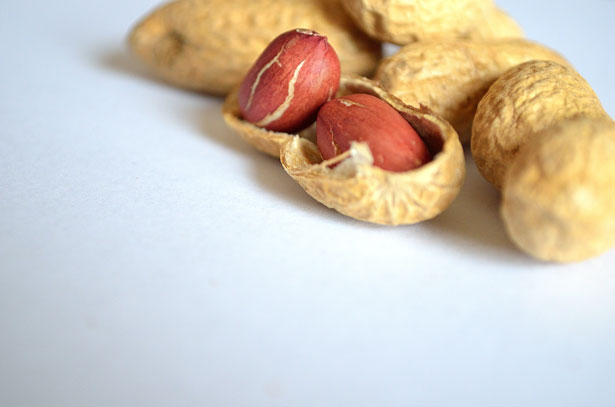 Each Monday, Tiffany posts a message that provides positive energy and  tips for eating more mindfully. The purpose of the weekly message is to reinforce the ideas from the talks and classes that are a part of the Como Water Membership, and to further support those living the veg-centric lifestyle. To receive our Mindfulness Mondays posts, Become A Member today.

An Ode to GWC

When you do the common things in life in an uncommon way, you will command the attention of the world. ~George Washington Carver

When I first started blogging, I found myself in a random conversation about culture and food with a woman in a coffee shop. We had very different beliefs on how necessity can transform into habit and eventually into culture, and while I don’t think we ever saw eye to eye, that conversation did lead me to start reading about the ways food, diet, and health were construed in my own ethnic/racial culture. Developing my thinking on this topic was especially important to me because I fundamentally disagreed with the conventional belief that African American food is “culturally” unhealthy.

I felt that “culture” had to be more multifaceted than what I was accustomed to hearing about and in researching this topic, I became exposed to many writings that confirmed my hunch. That was the first time I read the works of Dick Gregory and Elijah Muhammad. It was the first time that I heard the slogan, “the revolution starts with breakfast,” learned about the pivotal role of nutrition in the Black Power movement, and discovered that some of the nation’s earliest vegan restaurants and natural foods stores were Black owned. It was also at this time that I learned that George Washington Carver did more than just work magic with the peanut.

Born into slavery, Washington Carver made major agronomic contributions to key crops like tomatoes, sweet potatoes, and of course, the peanut, and through his writing on the importance of the veg-centric diet to individual and community health, also became one of the nation’s earliest Black health advocates. He recognized and wrote about the dangers of too much fat in one’s diet and even authored a cookbook to help folks incorporate more plant-based foods into their diets. This was in 1925.

By now, you may be wondering what Washington Carver, the peanut, and his cookbook have to do with mindfulness. Well, the answer connects back to the theme of culture I discussed at the beginning of this post. Simply put, the answer connects to the fact that lying by omission is still lying…

You see, Carver’s push for eating plants is just as much a part of my “culture” as cornbread and candied yams, but there’s no way to be mindful about this if I do not actually know it. In this way, to be truly mindful requires not just consciousness, but also access to the complex, intricate, and multifaceted truth; the truth that includes Washington Carver, not just tales of Southern hammock and sweet tea. It is only with access and consciousness that one taps into the full power of mindfulness.

In this case, recognizing Washington Carver as a part of my culture means that I can be “true” to my heritage when eating plants. It means that a plant-based diet isn’t just for “others.” It’s for me, there’s power in that, and after all, who doesn’t want to feel empowered? And so folks, I leave you the way I began–with a quote from the legendary botanist, inventor, agricultural chemist, educator and lover of life—George Washington Carver. Happy Black History Month and Happy Mindfulness Monday!

No individual has any right to come into the world and go out of it without leaving behind him distinct and legitimate reasons for having passed through it. ~George Washington Carver