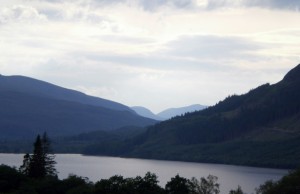 Full Emptiness and the Sound of Silence

This has been a week of consistent contradictions.

A rather monumental Executive Order on immigration that wasn’t broadcasted on major networks, but Scandal–the story of a fictitious president and his love affair–was.

Mike Brown‘s murderer goes without an indictment just days before Thanksgiving–a day of gratitude, family, and celebrating one’s blessings, including the supposed justice and freedom for “all” Americans.

And even Thanksgiving itself represents a contradiction–grounded in a lie Americans have told themselves for centuries, a rather silly tale of encounters between “Pilgrims” and “Natives” that absolve the privileged from guilt and culpability.

In short, it has been a tough week for my heart. A tough week to stay informed, present, awake, yet hopeful, convicted, and compassionate. A tough week to indulge when so many are reminded of their emptiness. A tough week to listen to meaningless soundbites, or worse still, to the hear oh so loudly that refrain in the silence–“only certain people matter,” still, yes, even in 2014, even in the United States, even after all this (beautiful, really???) struggle. Even after all this struggle, the struggle continues, the pangs and weeping and dehumanization continues.

Truth be told, I wish I had an answer. But I do not. Truth be told, I am angry. And sad. And although I’ve been trying to meditate, the feelings persist, and I imagine they’ll persist for awhile. Truth be told, this is the real human experience and I do not want to shy away from it, nor do I want to be consumed by it. Truth be told, I look to the past for guidance. I look to leaders like Gandhi and Malcolm and Assata and Sankara and Garvey and Martin and Robeson and Belafonte and Miriam Makeba and Thich Naht Hahn who also knew struggle, who also knew pain, but who channeled that pain into resistance and persistence, and who stayed in touch with love, love for the people so that power could be brought to the people.